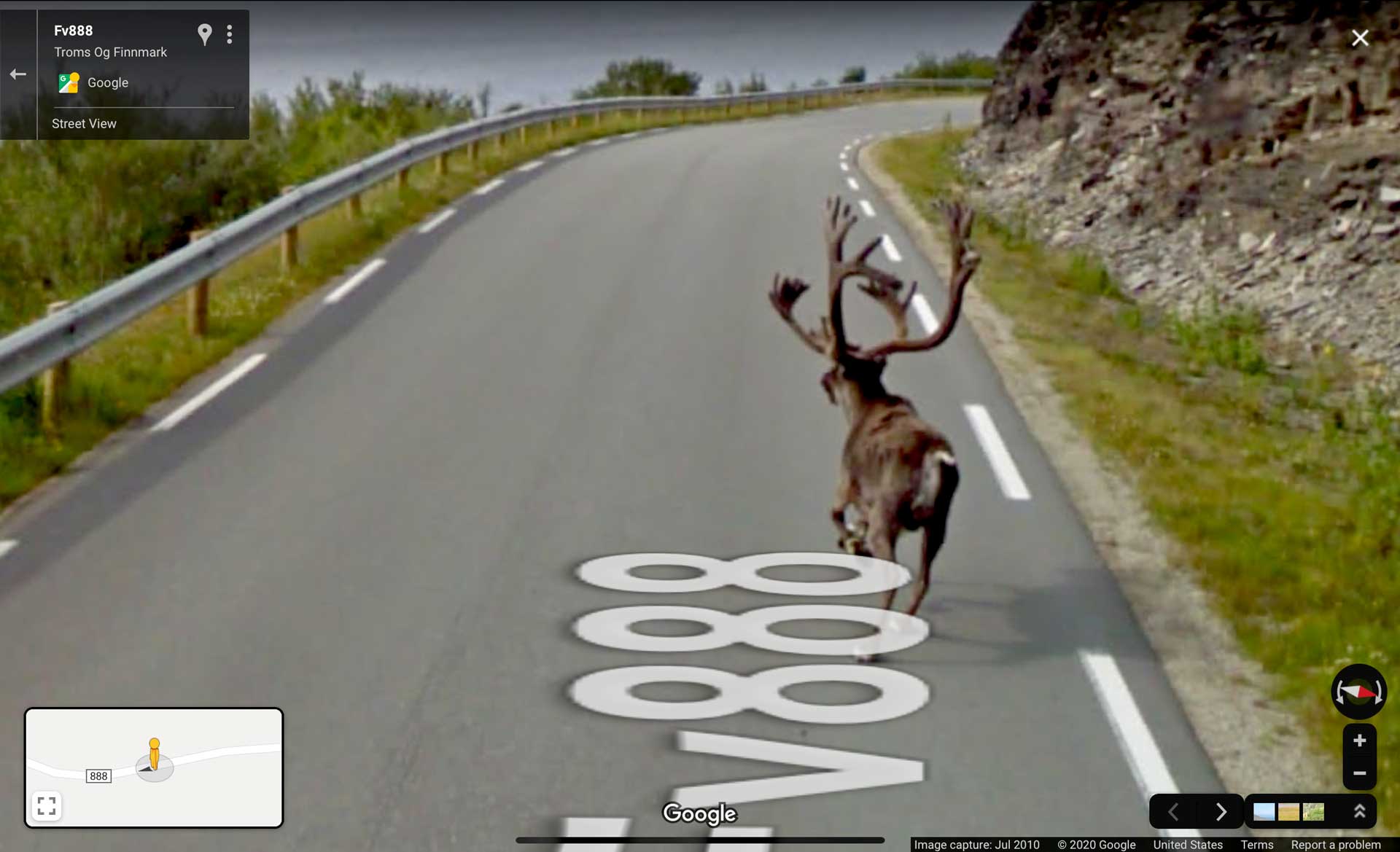 The Street View car is like the ultimate street photographer, a robo Cartier-Bresson methodically scouring the streets and documenting what it sees — Pete Brook, Wired

While Brook’s article offers a great selection of early Street View art, the comparison between a digital mapping machine and a hybrid mashup of RoboCop, a Hollywood created SciFi robotic police officer, and Henri Cartier-Bresson, the flesh and blood pioneer of street photography in the twentieth century, may seem hyperbolic and somewhat besides the point when it comes to the impact of Google’s Street View images on the arts and popular culture.

GSV images most certainly have become part of the contemporary artworld, with galleries and institutions presenting shows and commentaries on the new practice. In general, two types of Street View artists can be distinguished in terms of their method of interaction with the service: scavengers and performance/installation artists.

Performance and installation artists aim to include their work within the GSV images that iare accessed by millions of people every day. To remain undetected by Google’s automated face and license plate blurring technology, performance and installation artists often resort to wearing costumes that camouflage their identity, like diver masks or puppet heads to fool the software–and often with intriguing results. In this post, however, the focus is on the GSV scavengers.

The scavengers scour over new or unexplored GSV imagery in search of some image that catches their eye, offers something of interest, a picture that shows something that is different from the ordinary street imagery, the by-product of Google’s mapping service. GSV scavengers will take screenshots or photograph their screens to create their collections.

While the inspiration may come from street photography masters like Henry Cartier-Bresson or Eugene Atget, the limitations of the GSV imagery prevent the resulting works from reaching the photographic quality of the original street view photographers, but the same limitations also impart a certain hurried intensity to many of the shots selected. Here are three of our favorite GSV scavengers: 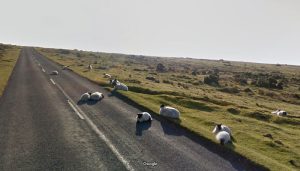 Canadian digital media artist Jon Rafman is one of the undisputed pioneers of street view art. In his project, Nine Eyes, Rafman curates a collection of street view images that were originally generated by the Google street view camera cars criss-crossing the world. For Rafman, the street view imaging service is a “massive, undiscerning machine for image-making whose purpose is to simply capture everything,” a machine that “takes photographs without apparent concern for ethics or aesthetics, from a supposedly neutral point of view.”

For Rafman, the mechanical nature in which the Google Street View cars generate their image results in a particular style, Street View photography, which is

“artless and indifferent, without human intention, ascribes no particular significance to any event or person.”

A great overview of Rafman’s Nine Eyes project is available as part of Rhizome’s Net Anthology. 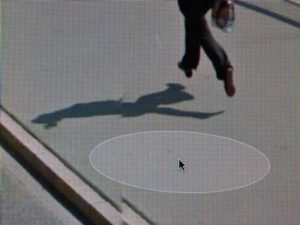 Even though this approach will not succeed in catching Bresson’s decisive moments, the moments found in Google’s mechanical images have to be caught, just like those in the the real world, in order to be preserved. Google updates the Street View images periodically, at times fusing images from different years within the same town or city. As a result, the scenes from Wolf’s browser will soon disappear from Google’s world.

This is what already happened to iconic shot of a reindeer galloping on road in Norway in front of the Google camera car shown above, which Rafman first presented as part of his Nine Eyes project. Today, the image is no longer available on Street View at the location in Norway where the original picture had been taken.

“an obsessively clever idea, like high-tech dumpster diving, or sorting through junk at a flea market to find a hidden gem.”

Wolf’s images are seductive and disturbing at the same time. A Series of Unfortunate Events documents Google’s own dismantling of time and space and is one of the essential works of early Street View art. 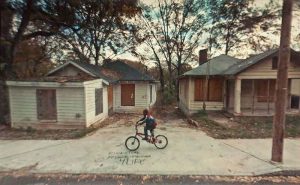 On these roadtrips Rickards seeks out economically devastated and abandoned places-Detroit, Memphis, Oakland, Camden, NJ-navigating the streets and alleys of the loacations on his computer. He then re-photographed the images on his computer screen with a tripod-mounted camera, assuming the posture of a documentary photographer.

The irony of Rickards’ A New American Picture is that he never sets foot in the neighborhoods he documents with the aid of Google mechanical images.

Google Street View images also found their way into generation/mutation, the collaborative new media project that was launched on digitalsouls.com more than twenty years ago. 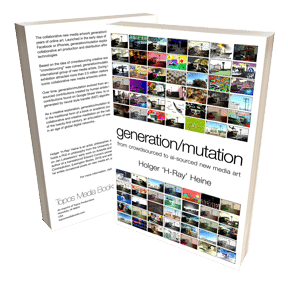 To find out more, please take a look at my new book on the project

Based on the idea of crowdsourcing creative work online, years before the expression “crowdsourcing” was coined, generation/mutation received contributions from a diverse group of international new media artists. During its first two years, the project’s online exhibition attracted more than 2.5 million visitors and has remained one of the most iconic collaborative new media artworks online.

Launched on digitalsouls.com in the early days of the Internet, before Google or Facebook or iPhones, generation/mutation explores the new possibilities of collaborative art production and distribution afforded by the evolution of digital technologies.

Neither blame or praise yourself.