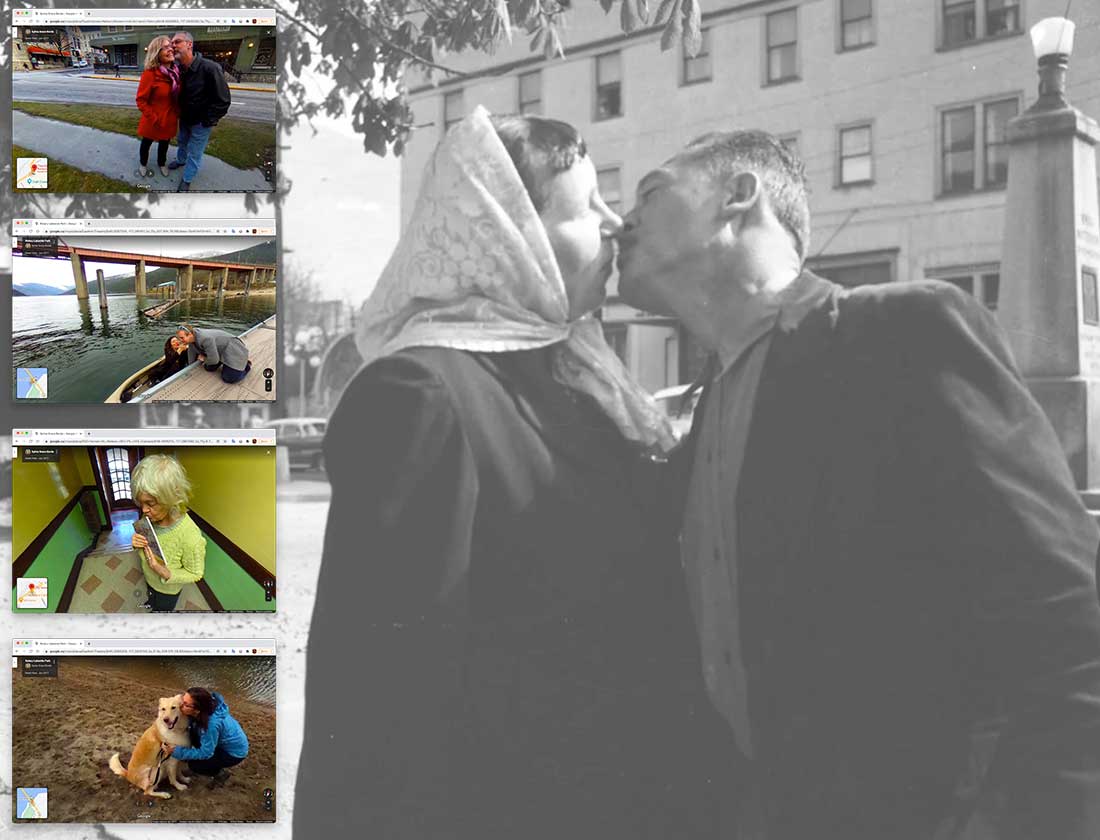 The kiss is a symbol of love and intimacy. Many artists have produced iconic works about it. From Gustav Klimt’s masterpiece “The Kiss” (1907) to Warhol’s experimental 50 minutes silent film “Kiss” (1963), artists have taken up the gesture of the kiss as subject matter. A black & white photograph taken in the 1950’s by an unknown photographer in Nelson, BC, provided the inspiration for the Kissing Project (2017).

Vancouver artist, Sylvia Grace Borda, in partnership with Nelson area residents have worked together to create the first staged net artworks in the Columbia Basin area to reside inside Google Street View. The artist invited participants to be caught in a staged kiss for the camera that are then incorporated into the Street View image stream.

As the project website notes, “Borda’s choreographed scenes illustrate how Google Street view has fundamentally expanded the visual landscape and changed the notion of  public space. Her artwork equally becomes both a distributed form of collectivity, and a record of new visuality. Borda’s work pushes the boundaries of what constitutes contemporary art in an public expanded public space while also demonstrating how social connectedness can create a highly visual and hybrid commons celebrating space, time, and the tableau vivant.”

Here’s a selection of five Google Street View locations that include photographs of participants and their comments on taking part in Borda’s project.

Holly and John Strilaeff by the Courthouse (2017) 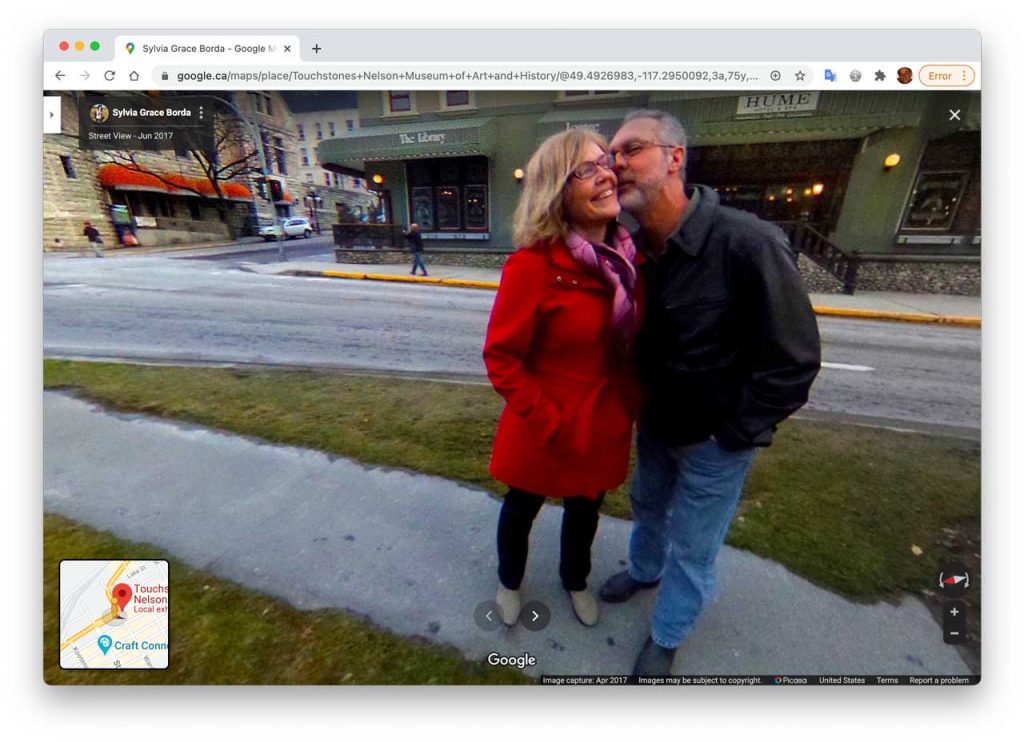 Holly: I was interested in participating in the project, since April 7th (the day of the shoot) was my 38th wedding anniversary. My husband and I hope to be the new Doukhobor couple in relation to the Touchstone archive image. Our image has been shot in the very location of the Touchstone image and with this image we hope to share our love with others. 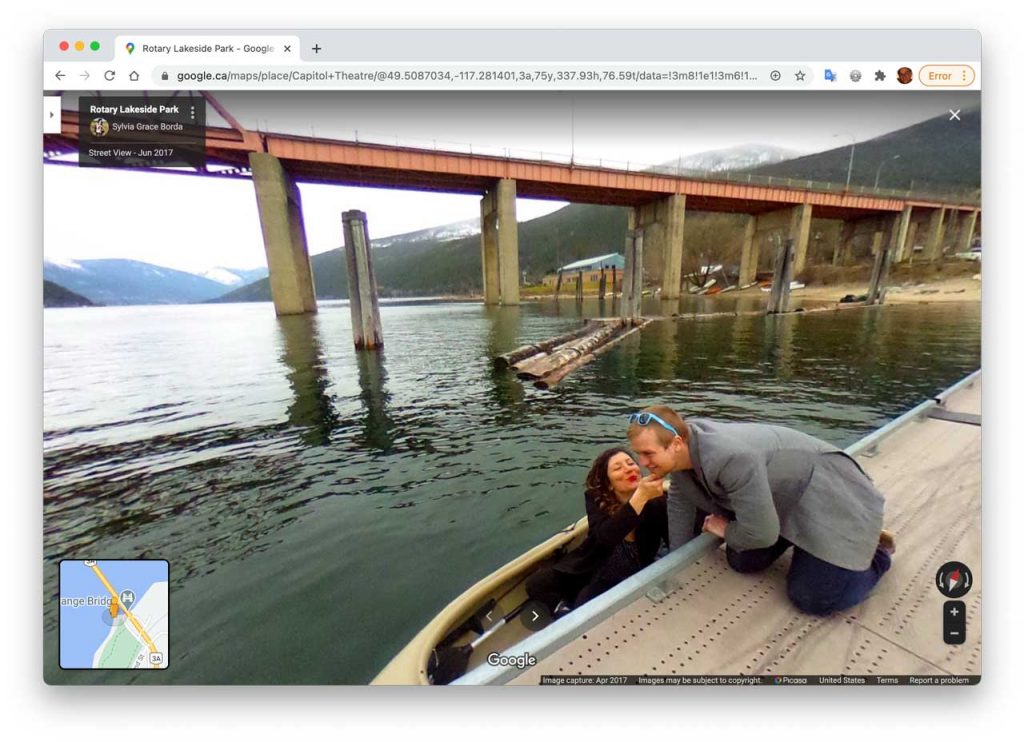 Syl:  We hoped to be portrayed at dock’s end in order to illustrate our two cultural paths coming together. I’m from France and Jordan is from Canada. 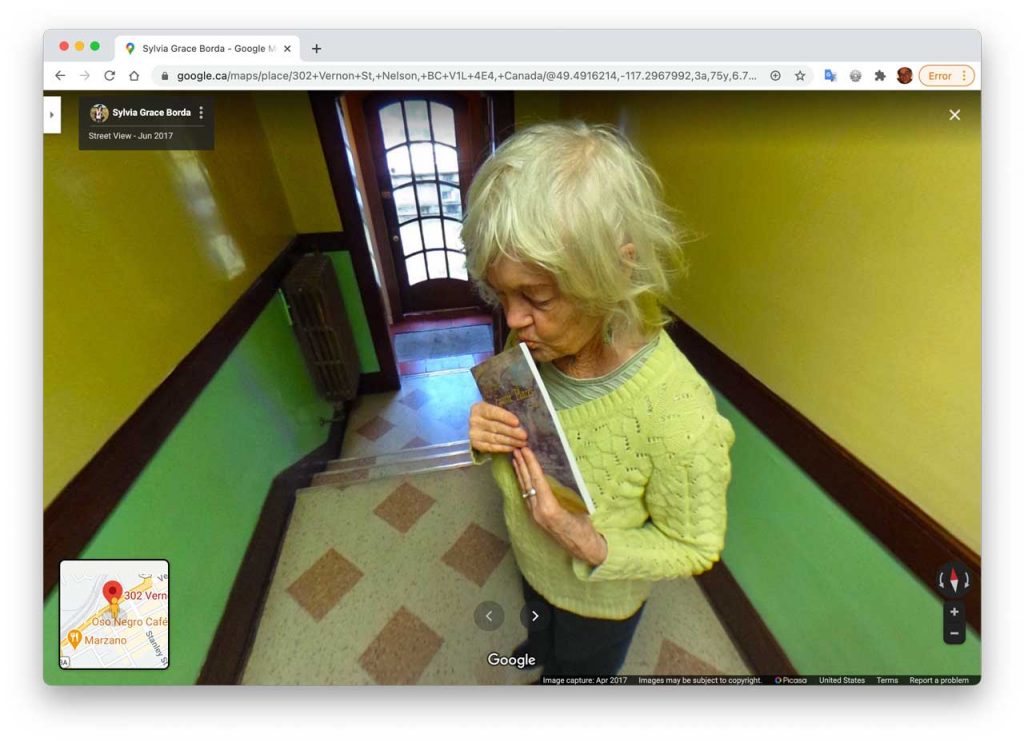 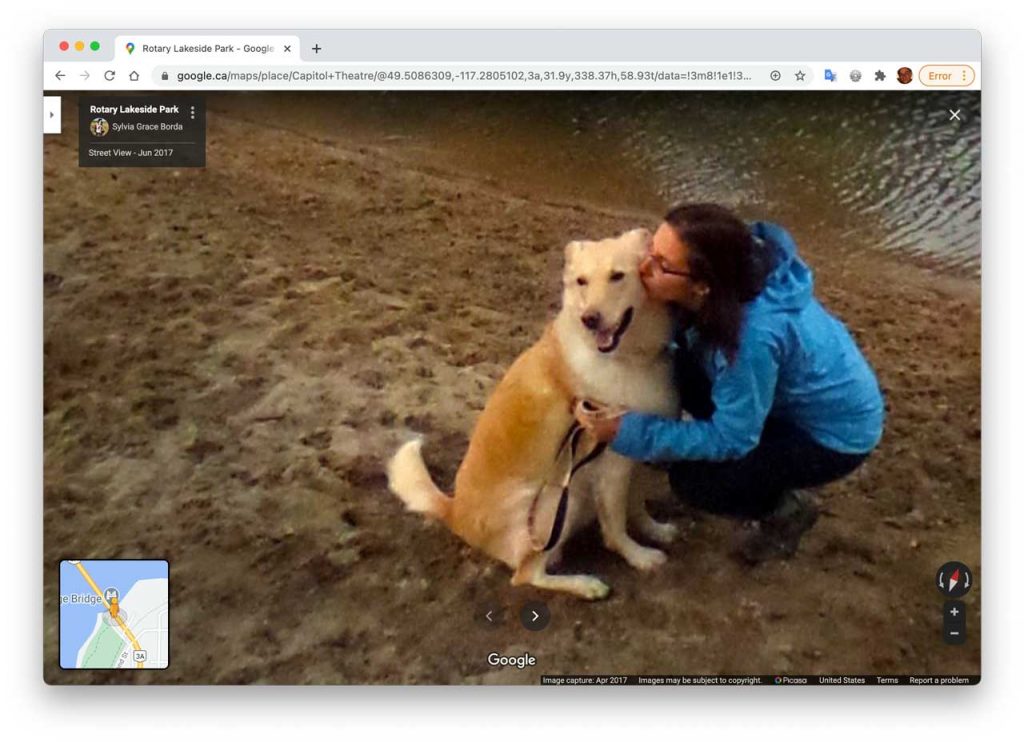 Kyle:  This is one of Shadow’s favourite places to go for a walk, and it was also in this very location that my fiancé and I decided that Nelson was home.

Laurie Carr with her daughter and son, Herridge Lane (2017) 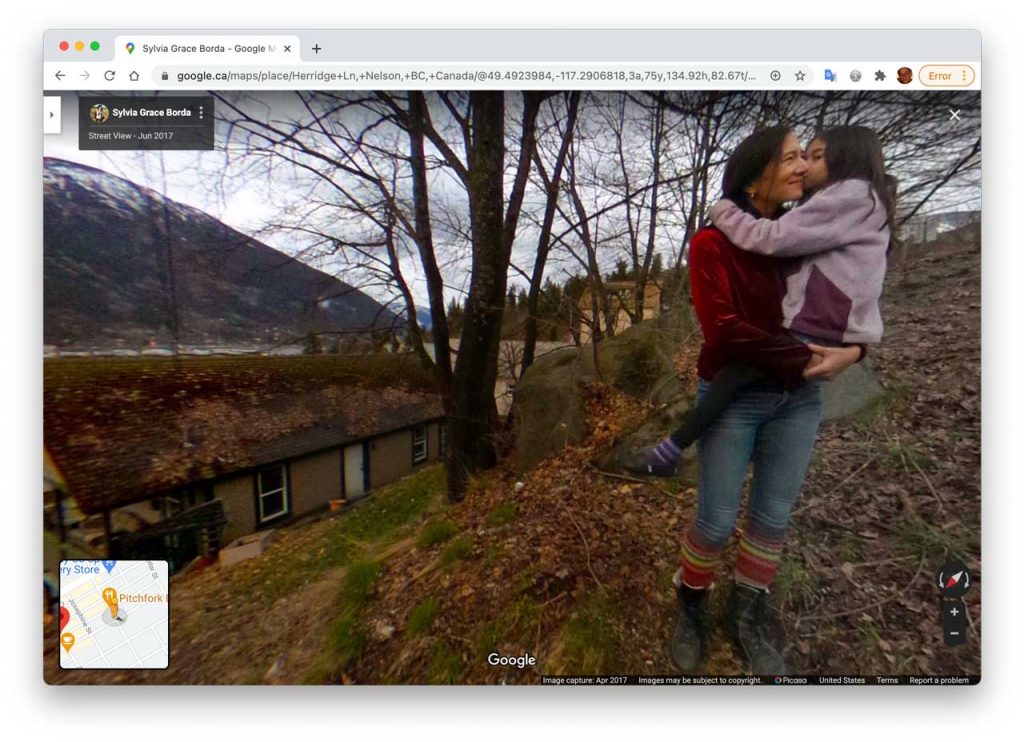 Laurie: The staircases are a iconic reminder that we live on a mountain. These stairs used to be insurmountable when the kids were small and now they can run up them! Time flies with each step.

For more examples and information on the project, please visit:

The Kissing Project is on Google Street View

On Google Street View, this small town in B.C. is a work of art

By the way, Google Street View images also play an important role in generation/mutation, the collaborative new media project that was originally launched on digitalsouls.com. To find out more, please take a look at my new book on the project

If we did all the things we are capable of doing, we would literally astound ourselves.