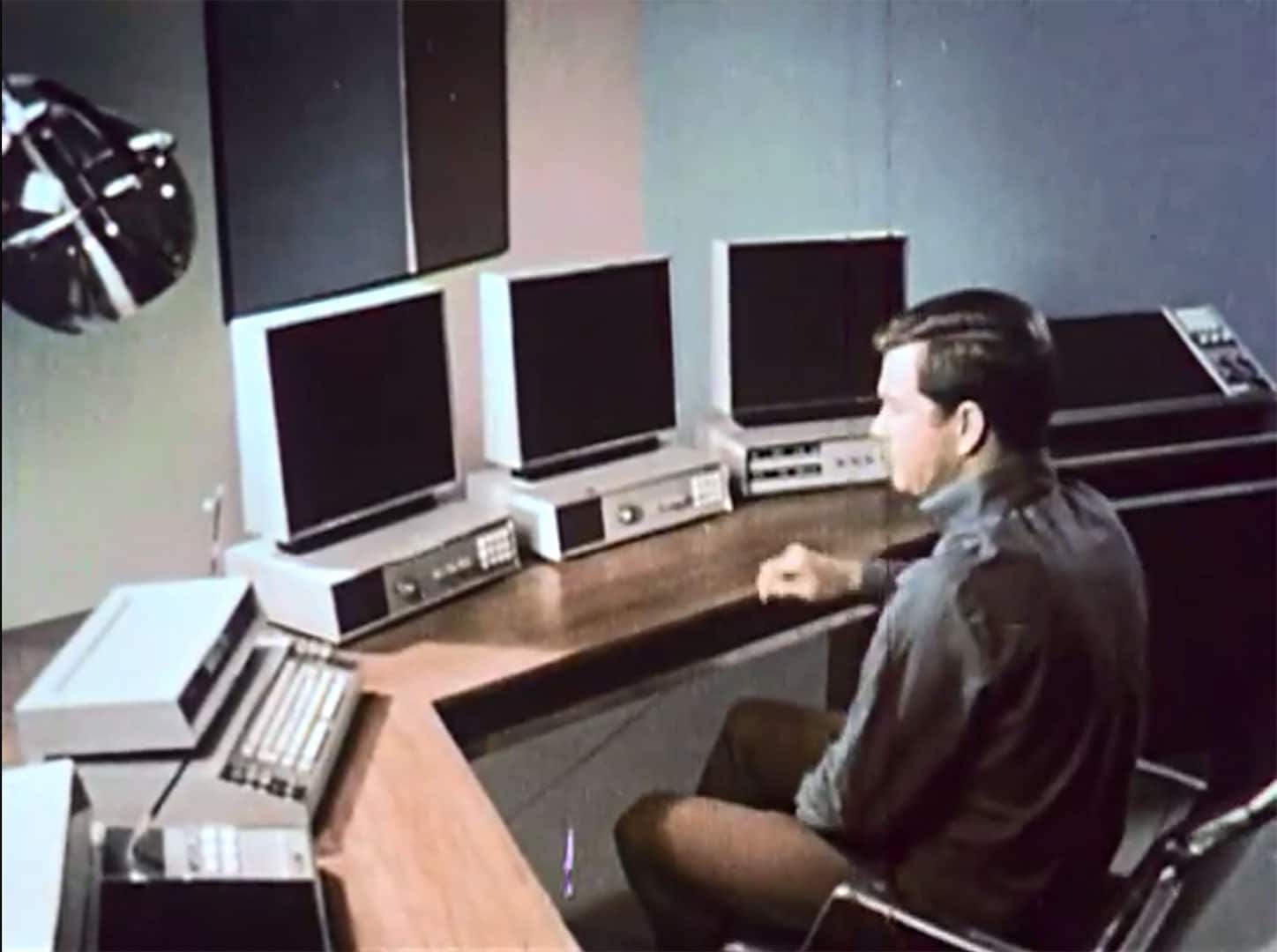 Nobody uses the word computerized anymore. Its disappearance owes not to the end of computerization itself, but to the process’ near-completeness. Now that we all walk around with computers in our pockets (see also the fate of the word portable), we expect every aspect of life to involve computers in one way or another. But in 1967, the very idea of computers got people dreaming of the far-flung future, not least because most of them had never been near one, let alone brought one into their home.

But for the Shore family, each and every phase of the day involves a computer: their “central home computer, which is secretary, librarian, banker, teacher, medical technician, bridge partner, and all-around servant in this house of tomorrow.”

Tomorrow, in this case, means the year 1999. Today is 1967, when Philco-Ford (the car company having purchased the bankrupt radio and television manufacturer six years before) didn’t just design and build this speculative “house of tomorrow,” which made its debut on a television broadcast with Walter Cronkite, but produced a short film to show how the family of tomorrow would live in it. Year 1999 AD traces a day in the life of the Shores: astrophysicist Michael, who commutes to a distant laboratory to work on Mars colonization; “part-time homemaker” Karen, who spends the rest of the time at the pottery wheel; and eight-year-old James, who attends school only two mornings a week but gets the rest of his education in the home “learning center.”

There James watches footage of the moon landing, plausible enough material for a history lesson in 1999 until you remember that the actual landing didn’t happen until 1969, two years after this film was made. The flat screens on which he and his parents perform their daily tasks (a technology that would also surface in Stanley Kubrick’s 2001: A Space Odyssey the following year) might also look strikingly familiar to we denizens of the 21st century. (Certainly the way James watches cartoons on one screen while his recorded lectures play on another will look familiar to today’s parents and educators.) But many other aspects of the Philco-Ford future won’t: even though the year 2000 is also retro now, the Shores’ clothes and decor look more late-60s than late-90s.

In this and other ways, Year 1999 AD resembles a parody of the techno-optimistic shorts made by postwar corporate America, so much so that Snopes put up a page confirming its veracity. “Many visionaries who tried to forecast what daily life would be like for future generations made the mistake of simply projecting existing technologies as being bigger, faster, and more powerful,” writes Snopes’ David Mikkelson. Still, Year 1999 AD does a decent job of predicting the uses of technology to come in daily life: “Concepts such as ‘fingertip shopping,’ an ‘electronic correspondence machine,’ and others envisioned in this video anticipate several innovations that became commonplace within a few years of 1999: e-commerce, webcams, online bill payment and tax filing, electronic funds transfers (EFT), home-based laser printers, and e-mail.”

Even twenty years after 1999, many of these visions have yet to materialize: “Split-second lunches, color-keyed disposable dishes,” pronounces the narrator as the Shores sit down to a meal, “all part of the instant society of tomorrow, a society of leisure and taken-for-granted comforts.” But as easy as it is to laugh at the notion that “life will be richer, easier, healthier as Space-Age dreams come true,” the fact remains that, like the Shores, we now really do have computer programs that let us communicate and do our shopping, but that also tell us what to eat and when to exercise. What would the minds behind Year 1999 AD make of my watching their film on my personal screen on a subway train, amid hundreds of riders all similarly equipped? “If the computerized life occasionally extracts its pound of flesh,” says the narrator, “it holds out some interesting rewards.” Few statements about 21st-century have turned out to be as prescient.

Arthur C. Clarke Predicts the Future in 1964… And Kind of Nails It

Did Stanley Kubrick Invent the iPad in 2001: A Space Odyssey?

Based in Seoul, Colin Marshall writes and broadcasts on cities, language, and culture. His projects include the book The Stateless City: a Walk through 21st-Century Los Angeles and the video series The City in Cinema. Follow him on Twitter at @colinmarshall or on Facebook.