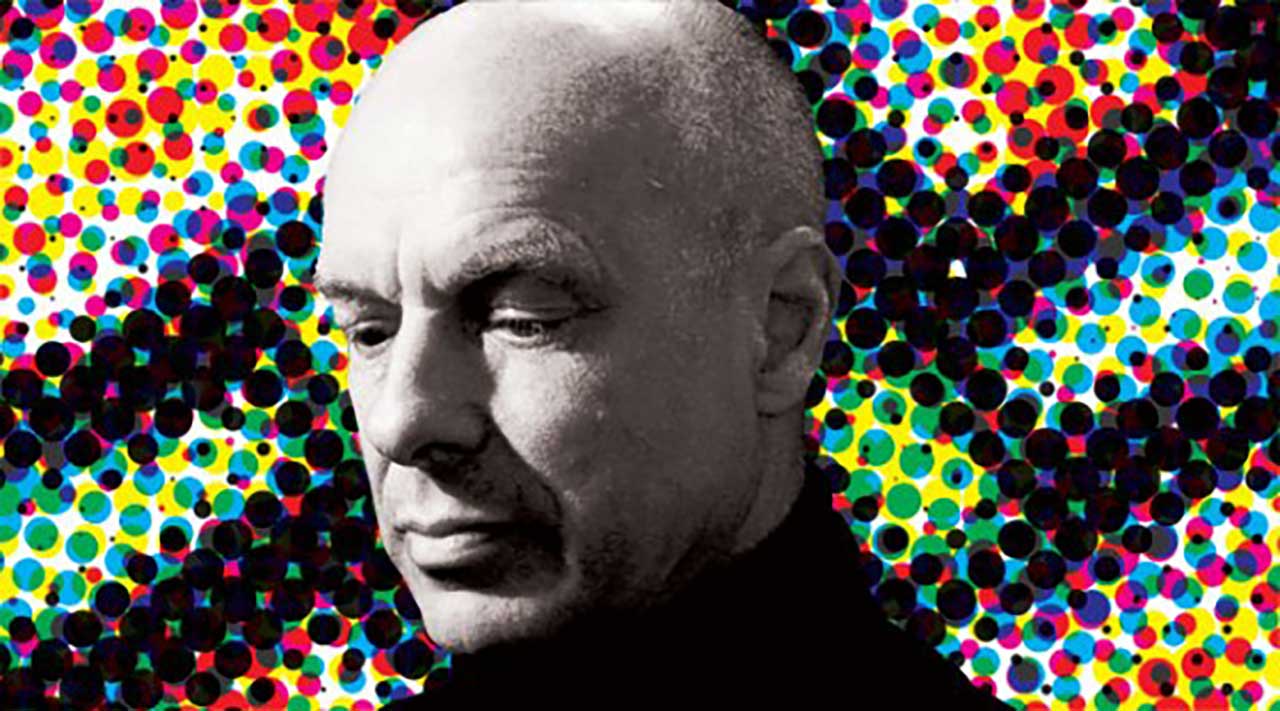 It was 1978. I was new to New York. A rich acquaintance had invited me to a housewarming party, and, as my cabdriver wound his way down increasingly potholed and dingy streets, I began wondering whether he’d got the address right. Finally he stopped at the doorway of a gloomy, unwelcoming industrial building. Two winos were crumpled on the steps, oblivious. There was no other sign of life in the whole street.

“I think you may have made a mistake”, I ventured.

But he hadn’t. My friend’s voice called “Top Floor!” when I rang the bell, and I thought – knowing her sense of humour – “Oh – this is going to be some kind of joke!” I was all ready to laugh. The elevator creaked and clanked slowly upwards, and I stepped out – into a multi-million dollar palace. The contrast with the rest of the building and the street outside couldn’t have been starker.

I just didn’t understand. Why would anyone spend so much money building a place like that in a neighbourhood like this? Later I got into conversation with the hostess. “Do you like it here?” I asked. “It’s the best place I’ve ever lived”, she replied. “But I mean, you know, is it an interesting neighbourhood?” “Oh – the neighbourhood? Well…that’s outside!” she laughed.

The incident stuck in my mind. How could you live so blind to your surroundings? How could you not think of ‘where I live’ as including at least some of the space outside your four walls, some of the bits you couldn’t lock up behind you? I felt this was something particular to New York: I called it “The Small Here”. I realised that, like most Europeans, I was used to living in a bigger Here.

I noticed that this very local attitude to space in New York paralleled a similarly limited attitude to time. Everything was exciting, fast, current, and temporary. Enormous buildings came and went, careers rose and crashed in weeks. You rarely got the feeling that anyone had the time to think two years ahead, let alone ten or a hundred. Everyone seemed to be ‘passing through’. It was undeniably lively, but the downside was that it seemed selfish, irresponsible and randomly dangerous. I came to think of this as “The Short Now”, and this suggested the possibility of its opposite – “The Long Now“.

‘Now’ is never just a moment. The Long Now is the recognition that the precise moment you’re in grows out of the past and is a seed for the future. The longer your sense of Now, the more past and future it includes. It’s ironic that, at a time when humankind is at a peak of its technical powers, able to create huge global changes that will echo down the centuries, most of our social systems seem geared to increasingly short nows. Huge industries feel pressure to plan for the bottom line and the next shareholders’ meeting. Politicians feel forced to perform for the next election or opinion poll. The media attract bigger audiences by spurring instant and heated reactions to ‘human interest’ stories while overlooking longer-term issues – the real human interest.

Meanwhile, we struggle to negotiate our way through an atmosphere of Utopian promises and dystopian threats, a minefield studded with pots of treasure. We face a future where almost anything could happen. Will we be crippled by global warming, weapons proliferation and species depletion, or liberated by space travel, world government and molecule-sized computers? We don’t even want to start thinking about it. This is our peculiar form of selfishness, a studied disregard of the future. Our astonishing success as a technical civilisation has led us to complacency – to expect that things will probably just keep getting better.

But there is no reason to believe this. We might be living in the last gilded bubble of a great civilisation about to collapse into a new Dark Age, which, given our hugely amplified and widespread destructive powers, could be very dark indeed.

If we want to contribute to some sort of tenable future, we have to reach a frame of mind where it comes to seem unacceptable – gauche, uncivilised – to act in disregard of our descendants. Such changes of social outlook are quite possible – it wasn’t so long ago, for example, that we accepted slavery, an idea which most of us now find repellent. We felt no compulsion to regard slaves as fellow-humans and thus placed them outside the circle of our empathy. This changed as we began to realise – perhaps it was partly the glory of their music – that they were real people, and that it was no longer acceptable that we should cripple their lives just so that ours could be freer. It just stopped feeling right.

The same type of change happened when we stopped employing kids to work in mines, or when we began to accept that women had voices too. Today we view as fellow-humans many whom our grandparents may have regarded as savages, and even feel some compulsion to share their difficulties – aid donations by individuals to others they will never meet continue to increase. These extensions of our understanding of who qualifies for our empathy, indicate that culturally, economically and emotionally we live in an increasingly Big Here – unable to lock a door behind us and pretend the rest of the world is just ‘outside’.

We don’t yet, however, live in The Long Now. Our empathy doesn’t extend far forward in time. We need now to start thinking of our great-grandchildren, and their great-grandchildren, as other fellow-humans who are going to live in a real world which we are incessantly, though only semi-consciously, building. But can we accept that our actions and decisions have distant consequences, and yet still dare do anything? It was an act of complete faith to believe, in the days of slavery, that a way of life which had been materially very successful could be abandoned and replaced by another, as yet unimagined, but somehow it happened. We need to make a similar act of imagination now.

Since this act of imagination concerns our relationship to time, a Millennium is a good moment to articulate it. Can we grasp this sense of ourselves as existing in time, part of the beautiful continuum of life? Can we become inspired by the prospect of contributing to the future? Can we shame ourselves into thinking that we really do owe those who follow us some sort of consideration – just as the people of the nineteenth century shamed themselves out of slavery? Can we extend our empathy to the lives beyond ours?

I think we can. Humans are capable of a unique trick: creating realities by first imagining them, by experiencing them in their minds. When Martin Luther King said “I have a dream…” , he was inviting others to dream it with him. Once a dream becomes shared in that way, current reality gets measured against it and then modified towards it. As soon as we sense the possibility of a more desirable world, we begin behaving differently – as though that world is starting to come into existence, as though, in our minds at least, we’re already there. The dream becomes an invisible force which pulls us forward. By this process it starts to come true. The act of imagining something makes it real.

This imaginative process can be seeded and nurtured by artists and designers, for, since the beginning of the 20th century, artists have been moving away from an idea of art as something finished, perfect, definitive and unchanging towards a view of artworks as processes or the seeds for processes – things that exist and change in time, things that are never finished. Sometimes this is quite explicit – as in Walter de Maria’s ‘Lightning Field’ – a huge grid of metal poles designed to attract lightning. Many musical compositions don’t have one form, but change unrepeatingly over time – many of my own pieces and Jem Finer’s Artangel installation “LongPlayer” are like this. Artworks in general are increasingly regarded as seeds – seeds for processes that need a viewer’s (or a whole culture’s) active mind in which to develop. Increasingly working with time, culture-makers see themselves as people who start things, not finish them.

And what is possible in art becomes thinkable in life. We become our new selves first in simulacrum, through style and fashion and art, our deliberate immersions in virtual worlds. Through them we sense what it would be like to be another kind of person with other kinds of values. We rehearse new feelings and sensitivities. We imagine other ways of thinking about our world and its future.

Danny Hillis’s Clock of the Long Now is a project designed to achieve such a result. It is, on the face of it, far-fetched to think that one could make a clock which will survive and work for the next 10,000 years. But the act of even trying is valuable: it puts time and the future on the agenda and encourages thinking about them. As Stewart Brand, a colleague in The Long Now Foundation, says:

Such a clock, if sufficiently impressive and well engineered, would embody deep time for people. It should be charismatic to visit, interesting to think about, and famous enough to become iconic in the public discourse. Ideally, it would do for thinking about time what the photographs of Earth from space have done for thinking about the environment. Such icons reframe the way people think.

The 20th Century yielded its share of icons, icons like Muhammad Ali and Madonna that inspired our attempts at self-actualisation and self- reinvention. It produced icons to our careless and misdirected power – the mushroom cloud, Auschwitz – and to our capacity for compassion – Live Aid, the Red Cross.

In this, the 21st century, we may need icons more than ever before.

Our conversation about time and the future must necessarily be global, so it needs to be inspired and consolidated by images that can transcend language and geography. As artists and culture-makers begin making time, change and continuity their subject-matter, they will legitimise and make emotionally attractive a new and important conversation.

This essay was originally published by The Long Now Foundation
http://www.longnow.org/

It was first republished with permission of the author on digitalsouls.com on May 11, 2001.